Steblecoin Tether (USDT) set a new record by surpassing the $19 billion market cap threshold across all the various blockchains on which it is maintained.

In fact, this stablecoin is not only on one but multiple blockchains, and this leads to more compatibility. So it’s easier to use for trading, not to mention the various decentralized financing (DeFi) protocols where it seems to have a fairly high annual percentage.

With a more detailed look at this increase in market capitalisation, we understand that it has grown at a frightening pace since the beginning of the year, with peaks recorded around early January, at the end of March, in mid-May, June, July and finally last – September 1, 2020.

These dates may seem random to most people, but they actually coincide with the launch of new DeFi products, for example, the growth in early September was strongly driven by the launch of the SushiSwap protocol, as well as the launch of Compound token COMP, which showed this asset as a good farming opportunity.

Undoubtedly, the greatest push to achieve this share comes from DeFi, but there are other situations that have contributed to Tether’s growth.

One of them, of course, is its versatility, since Tether, as we have said, is supported by several blockchains, even “secondary”, which becomes a benchmark for users who can convert their crypto assets into something more stable to avoid cryptocurrency volatility.

Another aspect is actually the ability to use Tether to buy and sell crypto assets, as a higher trading speed can be obtained in this way.

It is worth noting that after a pair with BTC, the second benchmark asset is almost always USDT, which shows that even exchanges prefer this stable coin, rather than others.

Finally, although on the one hand it is a stablecoin that is known to everyone, it is still a centralized asset and therefore in the hands of people who can recover lost funds users, even millions of dollars, as has been a few times in the past.

The rise in coin supply officially became the second largest in its history, with the first occurring in September. USDT is currently in fourth place on the list of largest cryptocurrencies, with XRP recently ranked third.

The cryptocurrency sector recently underwent a strong correction immediately after the BTC price reached a new 2-year high of 19,100 dollars. When the price began to decline, the correction covered the rest of the market as well. Traders and investors rushed to buy USDT, which allowed the stablecoin to significantly increase its market capitalization. Tether may even have played a part in Bitcoin’s own rally.

Bitfinex and Tether CTO Paolo Ardoino recently noted in a tweet that USDT’s offer has grown by 1 billion in less than ten days. This is the second largest increase in Tether’s supply in the coin’s history.

Interestingly, the largest expansion also occurred in 2020, less than three months ago. On September 4 this year, USDT’s offer grew by 1 billion in about eight days, barely exceeding the current one surge that occurred in nine days.

At the time of writing, USDT’s market capitalization is nearly $19 billion. Since each USDT coin has a price of $1, this means that currently USDT alone is about $19 billion.

In 2020, the coin’s supply soared as it now contains almost four times as much money as it did at the start of the year. But given the COVID-19 pandemic and the global economic crisis it caused, there is nothing surprising about this.

The speed with which cryptocurrencies are being used by hackers to facilitate illegal activities is a major concern. Along with ... 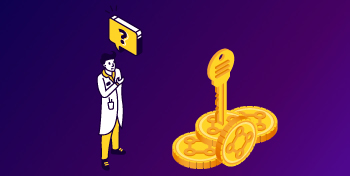 Being surrounded by the world of technologies, we often hear about new solutions and developments for 3.0 economy, and for ...

The date of launch of the Mitsubishi digital currency has caused crypto community interest to Japanese coin. MUFG aims to ...