Lithuanian central bank announces that it is considering opportunity of wider application of its blockchain platform apart from financial services, once the third stage of development is over.

Lithuanian central bank described its ambitious plans concerning LBChain project on the final meeting this week where the project’s manager Andrus Adamonis set out his proposals that touched non-financial prospects of the platform.

According to him, central bank is considering how companies in such sectors as energy, transport and health can benefit from blockchain via the platform in addition to the primary financial functions. This happened when the central bank announced it was going to launch the platform at the end of 2020, and the fourth quarter if the year would be spent on the technology integration.

This would also give some time for concluding agreements with fin-tech firms and service suppliers that currently take part in LBChain realization. Over the whole period of pilot project testings, the bank saw such companies as Deloitte, IBM and Tieto willing to collaborate with fin-tech startups and develop their own solutions based on blockchain and cryptocurrency. Furthermore, over 11 firms participated in the platform’s research and development.

Adamonis welcomed the project’s success noting significant money inflows in technologies, and strategic partnership with academic universities. According to reports, the bank is looking forward to the platform’s prospectives as firms are passing to more real technology implementation. Welcoming crypto with open arms.

Spread of cryptocurrencies and blockchain has caused not only the growth of interest all around the world but also has put pressure upon a number of regulating entities and governments regarding how they would manage the expanding financial system based on decentralized protocols. The way crypto and blockchain settled in the financial system caused positive growth in various countries all over the world. Contradictory views expressed by different countries have even formed a crypto space as some businesses that aim to promote technologies are relocating their projects to more friendly jurisdictions. Here are just a few examples of most positively treating countries loyal to the technologies.

● Singapore. Singapore, famous as major technological center and forward-looking jurisdictions, is a popular crypto centre for a number of reasons. It proposed zero taxation for the capital gains got from crypto transactions. Besides, regulators have initiated several crypto-friendly initiatives including publishing initial recommendations for ICOs in 2017. Singapore is one of the leaders among stable political regions that makes it one of the best jurisdictions for business registration and avoiding long-term risks that often arise in fragile economies.

● Australia. Australia offers financial stability, and it has a positive stance concerning crypto industry that may sometimes seem strict but fair.

● Sweden. This Scandinavian country another world nation that can boast of stability and economic confidence. But despite the cautious attitude towards crypto, this is one of the few countries that have accepted digital payments as the government is preparing for the launch of digital version of fiat.

In our last article, we figured out what a Bitcoin node is, and today let's find out what a validator ... 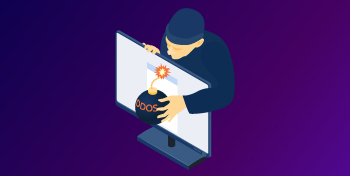 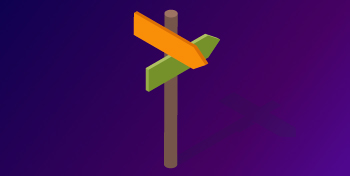 As the crypto market grows, cryptocurrencies continue to be attacked by hackers. More and more cyber threats are testing this ...