The long-awaited event finally happened. The new halving can be easily checked by industry enthusiasts as due to the half-reduction the block opening award is now 6.25 BTC while it used to be 12.5 BTC before halving. From now on and during the next 210 000 blocks the reward for block miners will be fixed at 6.25, and after that on the 840 000 block open it will be additionally reduced by half to 3.125 BTC.

Besides, as of today the amount of coins mined per day will be approximately 1800 of new BTC (instead of 1800). This will reduce the Bitcoin network inflation to 2% (until now, it has been exceeding 3.5%). So the reduction of the volume of coins mined per day should lead to the reduction of market supply as miners often sell the BTCs they got as a mining reward to fund all the enormous costs associated with mining. Therefore, if the BTC demand remains stable or even increases, this may be followed by the possible price increase.

Nevertheless, the previous halvings needed some time for affecting the coin rates growth. Thus, the immediate and direct effect is not expected this time. Besides, some slight increase was noticed in recent days due to the reduction but then it was followed by a throwback.

As Cryptowatch (@cryptowat_ch) notes on Twitter, the peak volume of spot trades in 2016 came in July and was about $1.5 billion. In comparison, this April the trading volume surpassed $30 billion, and this is 50-fold increase. The Google searches devoted to “Bitcoin halving” are also exceeding those in 2016, (approximately four times higher). Still it is uncertain whether the growth of users’ interest on Google can be considered as a key factor. During the previous reward reduction, the BTC cost had increased from $400 to $600 by the end of the year. So now we cannot know for sure the halving’s consequences for the industry but as history shows they should be rather optimistic.

Still despite the bullish impulse, BTC has stopped. Having experienced another decline, it is currently trading at around $8700, 1%-growth after the weekends’ sale when $1.3 billion of BTC were liquidated. Then the market saw some short term profit after the hedge-fund manager Paul Toudor had stated he kept about 1-2% of his assets in BTC. Now, when the Bitcoin halving was officially held the bullish impulse stopped. Still it does not mean that the asset won’t demonstrate strong increase during the year. It just means that the market has not, as hoped, reacted to the event with a significant rally. 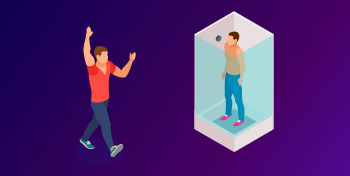 [vc_row][vc_column][vc_paragraph text="Elon Musk has already been surrounded by rumors for a long while, and he poured fuel on the fire ...

In 2021, the world of cryptocurrency was rapidly developing and transforming with the advent of new trends and inventions, but ...

Stiven Rouch, former chairman of the Asian Morgan Stanley department and senior researcher of Yale, said that all cryptos including ...