Stocks went through the worst day over the three months as market demonstrated public concerns about the possible second wave of coronavirus as some states had announced lifting of restrictions.

According to Elly Lee, the head of the investment strategy at the Bank of Singapore, possible re-election of the US President Donald Trump caused by the high risks of the coronavirus second wave raised market sentiments.

Due to that the amount of applications for unemployment allowance reached its two-time peak (exceeding unemployment during the Global Recession) amounting to 20.9 million. American stocks fell, and BTC price also showed decline. The Dow Jones Industrial Average Index decreased by 6.9%, S & P 500 – by 5.9%, Nasdaq – by 5.3%. This tendency was the first three-day losing streak since the beginning of March when the corona pandemic started threatening the economy.

As Dan Daming, the managing director of KKM Financial, claimed, the recent growth of hospitalizations because of the pandemic has become the catalyst for grim prospects for the US central bank, “The point is that the market has probably outpaced itself, considering the fact that we have removed lockdowns too fast. The reality is that this would last longer than we expected”.

Oil futures are also declining the third consecutive day because of concerns about the world demand for energy that depended on the currencies of oil producers and the countries that rely heavily on export.

Oil benchmarks are also approaching their first decline over the recent seven weeks. Bitcoin struggled to return $10K as its price had decreased to $9100 after the fluctuations around $9500 during the week. The crypto price is falling sharply as institutional investors feel insecure regarding the market due to the crisis. Bloomberg published a report on cryptocurrencies in June, 2020, supposing that COVID-19 pandemic pushes Bitcoin maturity, and it prevails over the stock market. As BTC is moving towards becoming the digital equivalent for gold, its volatility remains to be the lowest in all of the history with respect to crude oil that points at that crypto is entering the leading market.

While the Federal Reserve is considering the opportunity of launching digital dollar, Libra Facebook is attracting public attention, in particular due to hiring three high-level leaders with high level of competence. Goldman Sachs predictions. The Chinese yuan is also moving towards the biggest daily decline over the 2 week that follows the predictions of Goldman Sachs analytics. It is expected that yuan will fall to the lowest level since 2008 in the coming months because of the current trading war between USA and China, and the potential sanctions imposed against PRC because of Hong Kong. Goldman Sachs predicts the yuan decrease to $7.25 in the three months, after that it would recover to $7.15 in the following six months, and to $7 in the next year. Since the firm sees that yuan is falling to its minimum of 2008, BTC chances to face explosive price rally are rather high.

Bitcoin is suitable for people who want to get around the strict supervision of funds being sent abroad within China. Previously PRC prohibited local investors trading BTC and other cryptos, although the country is welcoming blockchain development. 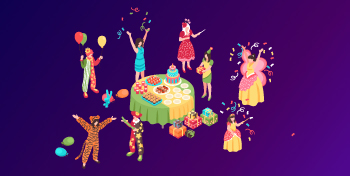 [vc_row][vc_column][vc_paragraph text="?‍? At this time last year we launched a unique project entitled SPACEBOT - the instrument for corporate crypto ... 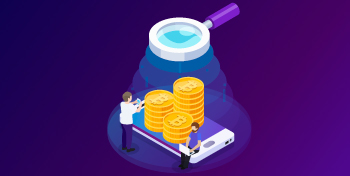 Crypto exchanges are basically online markets where you can buy and sell cryptocurrencies in exchange for fiat currency or other ...