Research shows that Paxful is currently experiencing an average monthly trading volume in Russia of $ 4 million.

Growing interest in using cryptocurrencies in the country.

The study comes at an important time when the Russian government is trying to make it even more difficult for citizens to use crypto assets, but their use is gaining momentum.

For several years, Russian lawmakers have been pondering whether to legalize cryptocurrency or ban it. As a result, they created an atmosphere that left the entire crypto industry in the country in an uncertain state. Despite these obstacles, Russian users who joined the Paxful cryptocurrency exchange have grown by 350% over the past 12 months.

Data indicates that the number of new registrations has increased monthly, since the start of a new COVID-19 outbreak in March. Over the past three months, the activity of the Paxful P2P trading platform has grown by 42%, and may saw the best monthly performance in the context of the coronavirus crisis.

According to the Paxful study, the COVID-19 pandemic is one of the main growth factors. Russian citizens ‘ interest in cryptocurrency trading has increased to fight inflation during the coronavirus pandemic.

Due to the economic difficulties caused by COVID-19, citizens are turning to an alternative financial system, a trend that has become more evident in the region. People prefer to use payment methods such as online wallets, debit / credit cards, Bank transfers, and gift cards in the region.

The Central Bank of Russia insists on banning cryptocurrencies.

Russia intends to ban cryptocurrency next year, after the new law is signed by the President. This follows from the government’s recent statement that the legalization of crypto activities creates certain risks.

As it became known from the RIA news Agency, the President signed a new bill on Friday. The law will come into force by 2021, and will prohibit local traders or cryptocurrency users from buying goods and services in the country using crypto assets.

The bill States that cryptocurrency users will not be able to use Bitcoins and other cryptocurrencies as a form of payment, and they will have to make business payments using paper money.

In addition, the bill States that individuals and government officials who are prohibited from creating or owning foreign accounts can also not have digital currencies.

However, as an alternative, the law approved transactions with so-called digital financial assets (DFA), which are securities.

Although cryptocurrencies will become illegal in Russia by 2021, the bill allowed the issuance of DFA, however, under the supervision of the Central Bank of Russia. With the approval of the Central Bank, other commercial banks and companies can also manage the DFA. Unlike crypts, which can serve as a payment method, DFA cannot be used to pay for goods.

Despite the adoption of the bill by the state Duma, the Central Bank of Russia, however, claims that operations with cryptocurrency are not considered legal investments. Therefore, the resolution will be discussed at the autumn session, where the final bill will be prepared. 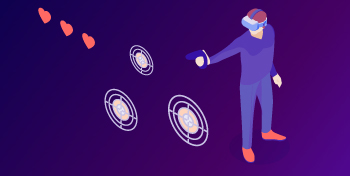 Indian Prime Minister Narendra Modi is the new world leader hit by a cyberattack after a Twitter account linked to ...

Everyone knows that money is a way of payment, through which we can purchase a product, goods, services, etc. But ... 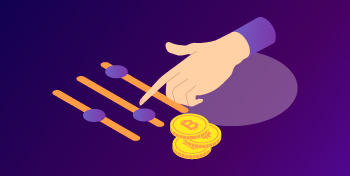 [vc_row][vc_column][vc_paragraph text="Jack Dorsey is known as a co-founder and CEO of Twitter. In an exciting interview with Lex Friedman he ...