Law-enforcement agencies of the USA have added the Venezuelan manager of Petro Hoselit Ramires to the list of the most wanted people of the planet.

Washington’s attemp to get revenge for sanctions-busting.

Hoselit de la Trinidad Ramirez Camacho is now on the list of the most wanted people in the USA as he is accused of violation of the US sanctions and working with drug cartels. Reportedly, the crypto asset of Venezuelan Pereo is a part of the scheme developed by Nickolas Maduro and Camacho. This scheme aims at circumventing economic sanctions introduced by the US government.

On 1 June, 2020 ICE and HSI published a press releases devoted to Camacho. The two governmental bodies based in New York offer millions of dollars for capture and arrest of the Venezuelan official.

The report shows that the US government is searching for him on charges of drug trading and other crimes. ICE accuses him of numerous offenses connected with international trading and his alleged participation in drug-traffic.

The reward amounting to $5 million is offered by the government to those who know some information regarding the Camacho’s location that would assist its arrest. The report also claims that the wanted has close ties with drug cartels.

This information was released on the day when Venezuela approved usage of Petro crypto asset for purchasing gasoline in Iran circumventing sanctions introduced by the USA. Ramirez has been the head of crypto agency in Venezuela since June, 2018. Carlos Bargas was his predecessor, the opposition leader and a well-known congressman that also worked for Nickolas Maduro administration in developing Petro.  In March, 2020 the district attorney of New York Jeffrey Barman accused Ramirez of being a member of a corrupted group of high-ranked Venezuelan officials including president Nickolas Maduro. Camacho is also suspected of organizing and assisting drug traffic and terrorism aimed at infesting USA with drugs.

Venezuelan journalist Marbella’s published the photo of Ramirez on his Twitter. The photo showed him working at his office and he didn’t look confused or worried about the ICE notice at all.

In case Ramirez get arrested he would be sent to the USA and will be tried in the Southern District of New York.

Venezuelans are trying to escape inflation via crypto. In 2018 Venezuela launched Petro – a national cryptocurrency backed by natural resources and oil. The government took that step because of the strict sanctions implied by the USA, and the subsequent fall of the national currency bolivar. Venezuelan Government involuntary made its citizens use petro. Recently, the country reported that all petrol stations within the Republic will sell fuel for low prices in exchange for payment in Petro.

Still the crypto was not supported and accepted by the world community. Even local investors remain sceptic about it.

Nevertheless, the government is trying to develop other national digital currencies in order to revive the insolvent economy.Last year the government took the initiative for launching testings to find out whether it was possible to keep cryptos in national reserves. 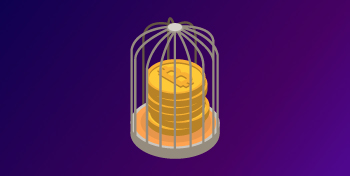 Russian Parliament offered amendments providing for ban of bitcoins and crypto currencies that would make their usage illegal with imprisonment ... 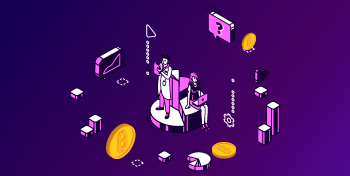 [vc_row][vc_column][vc_paragraph text="If gold standard was imposed again would Bitcoin and other crypto assets manage to see the stabilization of their ... 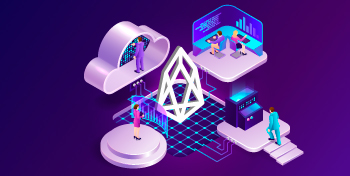 Where will the EOS price go in 2021? What will happen to its pricing policy? Since cryptocurrencies are decentralized, crypto ...