Today’s bitter taste of justification in the media is that Bitcoin has suddenly lost half its value due to China banning its use for payment solutions. This, of course, does not explain the fall that has already occurred, but it is still what was announced after the fact.

Bitcoin as a repository of valuable assets

Some may speculate, is this really a causal relationship, and not just a correlation? What if China’s Communist pariah controls, or directly owns, such a large share of real coins and control over the miners that they started promoting the sale of Elon Musk before making the announcement. Another possibility is that under the simplest explanations, much larger things are hidden.

Thus, one question arises: can something be a good means of saving if it is highly centralized.

The truth is that Michael Saylor and Elon Musk are the two main figures who are accused of manipulating the crypto market, while the main reasons are much more related to investment companies, governments for or against adding cryptocurrency banking, ordinary people involved in retail, how heavy the hand of the CCP is in operations related to cryptocurrencies, nodes and miners, and how much the state actually stores its own cryptocurrencies.

It is surprising that the community can be so short-sighted in its understanding that the long-term largest investors and HODLers in a major crypto asset are the same as in traditional markets. And the very fact that one manic billionaire deliberately manipulates the value of an asset, like a cat playing with a mouse for fun-is generally out of the ordinary. It was egregious, and in some ways bordering on criminal.

You can also explain the credulity of newcomers as extreme immaturity and frivolity, but the actions of crypto-market veterans are inappropriate to the point that they call into question the sanity of anyone who even listens to what this madcap says. Public votes for and against are simply a reflection of the market, and many in the market rely on such votes as a signal to action. But there is a limit to everything. The reaction that we see only highlights the weak mental abilities of those who just sit there waiting for the “pump and reset” signal.

Decentralization is probably the most discussed issue, belief, morality, value associated with cryptocurrency. This is an issue that matters, but frankly, will never be resolved properly. There are many reasons for this.

How do we define centralization? Most of the population would find it difficult to define this at all. Those who have picked up the theses will tell you that it is about resistance to censorship, freedom from intermediaries in the banking sector, in addition to the ban by the government, and some other things. Care should be taken not to assume that the word centralization means evil. It can’t always be a bad thing.

One simple example. You have a bank transaction. Something is going wrong. You have a 50/50 chance that getting help will end up with a positive result. Regardless of what kind of system, operator, or network it is, at some point somewhere something went wrong. In these moments, you will be grateful to centralization that it can help you fix the problem. In the case of a decentralized blockchain, if something goes wrong, but no one will help you. In this case, might this not mean that we still want our platform on which we interact with the blockchain to be centralized, at least enough to offer us help when we encounter a problem.

All of this suggests that we sometimes don’t think when defining someone as “enemies”, and then wonder what exactly made them so evil.

Michael Saylor, as a certain bitcoin maximalist, if not in words, then definitely in deeds, demonstrates the evil dangers of centralization by owning an indecent amount of Bitcoins. Saylor’s companies currently own more than 100,000 BTC. Is this a centralization?

Well, let’s say that at the moment we are close to 19 million coins out of the 21st. Let’s add to this that there may be up to 2 million coins possibly lost. The number is probably at least 1 million, but as far as this is true, no one knows yet. If a company of one person can own 0.7% of the supply-is this a sign of centralization?

The first philosophical question arises: would you prefer absolute decentralization in the hands of entities, most of which you despise, or would you prefer a globally perfectly measurable network of users, miners, operator nodes, and hodlers to a highly centralized system?

However, the important point here is, is Michael Saylor having access to funds to invest in BTC a sign of Bitcoin’s centralization? If he could use that much money to keep acquiring it until he owned 1 million of the 21 that would ever exist, is that a good argument for decentralization?

Decentralization is not primarily a question of who can purchase a coin on the open market. Warren Buffett has had this opportunity for several years now. If Justin Sun had tried and succeeded to convince Buffett to go all-in on cryptocurrency 5 years ago, Buffett could easily have purchased 2-3 million BTC by now. Even less than 2 years ago, a person could get 1 million Bitcoins, for less than $3 billion.

There was a time when, within a year, Bill Gates could have bought 1 million BTC. A consortium of leading investment firms and organizations could provide each of the 500,000 coins several times, eventually reducing the time period to a maximum of $64,900. The available supply would have to remain liquid enough for many, many months for them to do so slowly, without facing a constant price.

In fact, decentralization is an illusion. If a project requires a team of programmers to run or maintain the project, it is centralized, and the best one can hope for is centralization by good and friendly coders who understand the purpose of the project. As long as mining is involved in the project, there will be more miners, and larger enterprises funded by certain independent projects will operate in certain centralized locations. As long as there are people interested in the trading ability or stored value of an asset, there will be people with more money who can purchase more.

The story of property decentralization says that Bitcoin can liberate humanity, and provide opportunities for the underserved and underserved by banking services. Although this is true, it remained a hype as long as people were least interested in it.

So, now we turn to the issue of centralization in the banking sector, as well as to centralized exchanges and liquidity. Whether you hate banks or despise them, because none of them profess to love the crypt, liquidity is equally necessary for valuing stored assets and for trading. If an asset becomes illiquid, it loses credibility and is either discarded or loses the support of buyers.

Centralized exchanges provide market makers and a huge number of investors. On the other hand, for many, KYC / AML will become an obstacle, and many will abandon it, looking only for DEX. This opens up the role of activity for hackers, and then you decide how secure the platform is, and how much they value their reputation.

There are many levels of centralization of the arguments for and against the best projects. From consensus to permissions, the number of nodes, and the number of coins the original creators may have, but over-ownership is an example of centralization. The example is again Saylor. The Saylor effect actually encourages businesses of any size, at various stages of growth, to invest in Bitcoin. Each version ends with a significant HODL.

Yes, centralization can and is a problem for Bitcoin, as it is for most crypto projects, but certain aspects of centralization are necessary. The question is whether the diversification of nodes, mining operations, and the number of coins scattered around the world is enough. We have probably survived the most serious obstacles to centralization at the expense of ownership. Power always rises to the top no matter what, but the days when one person like Saylor came along and owned even 20% of all the Bitcoins in the world are probably over. 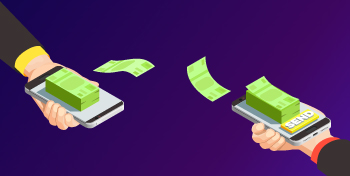 A stable coin, as the name implies, represents a stable cryptocurrency designed to be resistant to price volatility typical for ... 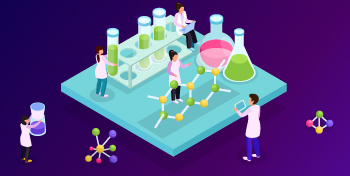 [vc_row][vc_column][vc_paragraph text="A number of tech companies including Microsoft, IBM and Oracle cooperate with Centers for Disease Control and Prevention for ... 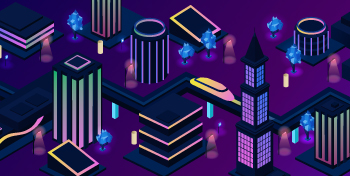 After the launch of Bitcoin, the world's first cryptocurrency, there were many skeptics criticizing the project and rejecting its potential. ...